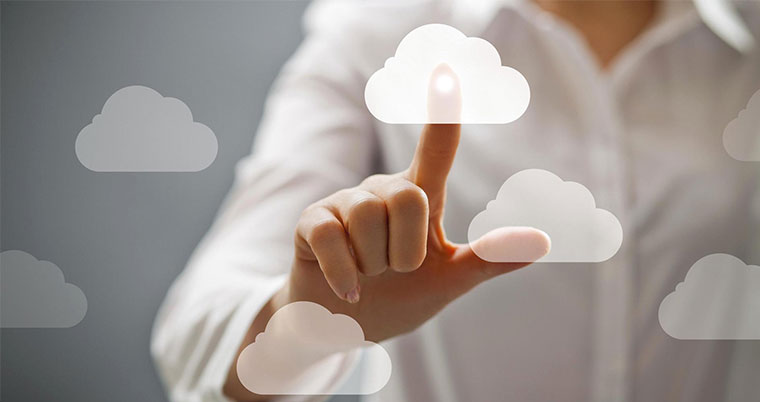 The History of Cloud Computing

Cloud computing is the use of Internet-capable devices to execute applications. Especially useful for businesses, this maximizes efficiency and accessibility. Although the term has found its way to layperson vernacular quite recently, it actually evolved around the late ’90s, and the concept itself has been around for far longer.

'50s Before ARPANET established the first computer-to-computer link in 1969, mainframe computers were in use, mainly in government agencies, corporations and academia. These massive and expensive computer cabinets were accessible only via dumb terminals – computers used for communication that had no processing power of their own.
Time-sharing was the practice of multiple users sharing physical access to the computers and CPU. It made use of costly and cumbersome mainframes, but was more efficient and thus became the origin of cloud computing.

'70s To take the practice of time-sharing further, IBM created the VM Operating System, an operating system that provided full virtualization of any physical machine. Essentially, thousands of virtual machines could exist in one physical environment. This allowed companies to invest in network solutions rather than hardware. The VM was the first system developed to provide this time-sharing service described above.

'90s With the overall increase in bandwidth, telecommunication companies began offering VPN services, enabling private devices to use public networks at virtually the same cost as point-to-point data connections. The masses could now connect their computers together and share information at high speeds, leading to the Internet as we now know it.

Stage 4: Capture With the advent of multi-tenant architecture, high-speed bandwidth and software interoperability standards, cloud computing finally had the right conditions to take off. Salesforce was the first website to deliver executable applications on its website, making it the first to dip its feet into the cloud computing pool.

Companies came and went creating their own versions of applications over the Internet. Then, in 2009, Web 2.0 hit screens across the globe. The Internet suddenly became more dynamic, as users took over content generation, and use of social media peaked. Users wanted more in terms of services provided. This led to companies offering more browser-based enterprise applications – the next step in cloud computing.
The Present and The Future We are living in a world where today’s applications will eventually move to the cloud (as they are used more often), require more processing and span multiple devices. It’s clear that cloud computing brings enormous benefits to both users and companies. Which is why, instead of dying out, it continually evolved.